At the end of February three colleagues and myself headed to Chennai in India for the 4th International Faecal Sludge Management (FSM) Conference. After the success of the first three FSM Conferences in Hanoi (2015) and Durban (2011 & 2012), FSM4 aimed to bring together professionals working in the sector, governments and academics to support the global initiative of disseminating sustainable solutions for FSM.

The world population is currently around 7 billion and growing rapidly with over a third still using the street as a toilet.  Over the last few decades there has been a strong emphasis placed on the provision of clean water, but without it being coupled with safe sanitation, efforts can become counterintuitive. With any rainfall, human waste left in the open environment will wash straight into our rivers, lakes and oceans, and is consequently the leading cause of infection in the world.

This conference was a great way to be immerse myself in the everything ‘sludge’ related right at the beginning of my research. Listening to experts in the field share and brainstorm potential solutions for managing faecal sludge within the developing world was exciting and inspiring. 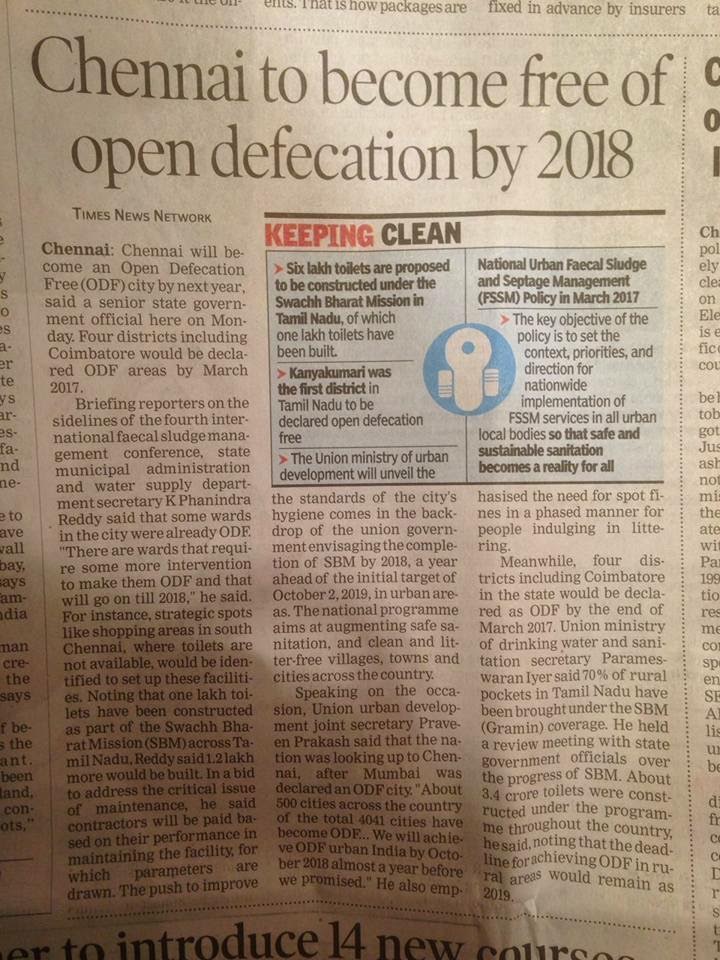 The conference lasted 4 days, with a standard set up each day, an opening talk by an expert in the field and then presentations from both industry and academics around the world. There were three focus tracks of the conference - research, case studies, and industry, with each looking at innovative and practical solutions that can be scaled up. Evenings were where the fun started, and discussions of collaboration and joint ventures.

We managed to escape the confines of the air-conditioned hotel one morning to explore Chennai. We decided to just head out on foot and as soon as we left the entrance, we were hit by a heat wave and the smell of open sewers, wide congested roads with no lane markings, plenty of tuk-tuks and mopeds. Chennai, formally known as Madras, is a port city and subsequently the biggest manufacturing hub in India. However, with large populous urban cities, comes the slums and an estimated 30% of the population in Chennai live in slums and huts lining the street - with poor sanitation!

I came away from the conference with an obvious greater appreciation for the issues and problems surround FSM, but also a clear understanding that any solution must be both sustainable and have a strong business case supporting it for it to have a future. I look forward to FSM5. 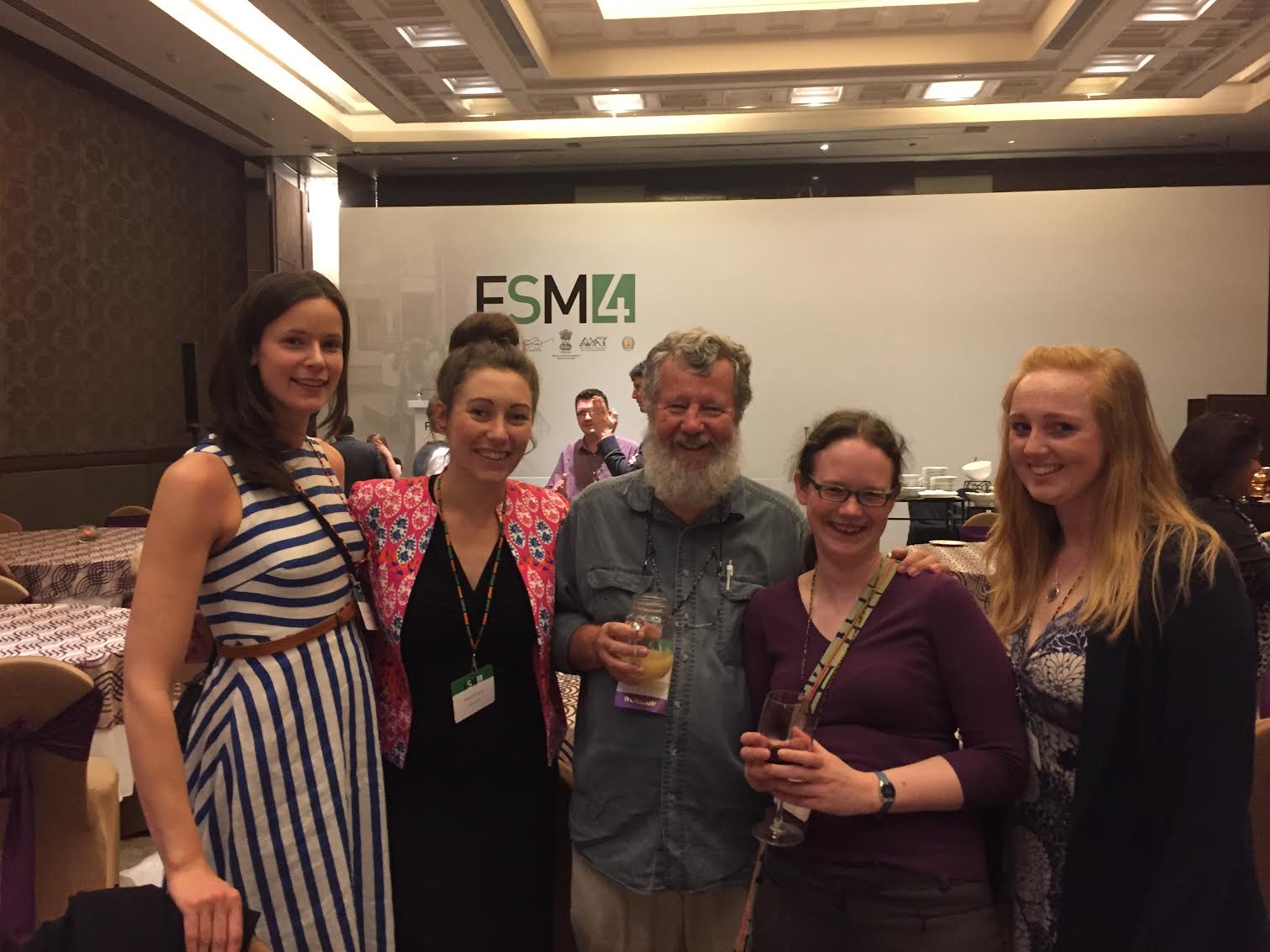